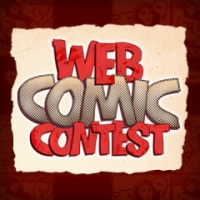 As of February 1st, The Escapist has been taking submissions for our first ever Webcomic Contest, and the response has been amazing. So, to help us out we have asked webcomic industry veterans Ryan North, creator of Dinosaur Comics, Brian Clevinger, founder of 8-Bit Theater and Shamus Young, the man behind Stolen Pixels to be judges for the event. They will be joining our Escapist core of judges which includes:

While we could go on all day about how great Ryan, Brian and Shamus are at what they do, we would much rather show you. Keep on reading!

Dinosaur Comics,created by Ryan North, features talking dinosaurs, but the pictures never change. "It's - it's better than it sounds?" says North. "I started the comic in 2003 (seven years ago, holy crap!)and the original idea for the strip was one where the STORY never changed but the pictures did: it turns out that this is a pretty cool idea, but the exact wrong one for me, someone who can't really draw, to be doing."

Brian Clevinger is best known as the author of the webcomic 8-Bit Theater, but he is also the author of the self-published novel Nuklear Age. Clevinger has recently received attention for his Eisner-nominated print comic Atomic Robo. In 2009, Clevinger started two other webcomics on Nuklear Power. One is Warbot in Accounting, a story about a war machine's struggles with human daily life in a white collar job. The second is How I Killed Your Master, "a kung fu movie, but a comic."

Shamus Young is the creator of The Escapist's own Stolen Pixels and Experienced Points; as well as Reset Button, Twenty Sided and DM of the Rings. When he isn't busy being a full-time software engineer, husband and father of three, he can be found gaming, of course! For 10 useless facts about Shamus, click here (we don't think they are so useless).

All Submissions Are In

The Webcomic Contest could only last for so long, so all submissions were due no later than noon ET on February 28th. Due to the great response, winners will be chosen and posted the week of March 8th. For a full set of rules, visit the Webcomic Contest Rules Page or head over to the forum thread to see what everyone is saying!