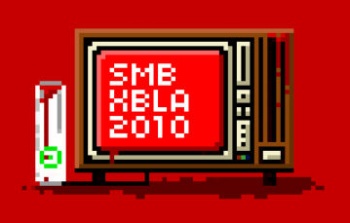 Creator Edmund McMillen seemingly announced the news in a brief email to MTV Multiplayer with an attached image containing the words "SMB," "XBLA" and "2010." The message seems pretty clear: Either Nintendo is taking Mario and Luigi cross-platform, or Super Meat Boy will be hitting Xbox Live Arcade later this year.

Super Meat Boy is based on a Flash prototype McMillen released in 2008 that tells the story of a tenacious, anthropomorphic cube of meat and his quest to save his girlfriend, a wadded-up ball of band-aids, from the clutches of a maniacal fetus in a glass jar. Super Meat Boy has been nominated for two awards at this year's Independent Games Festival, including Excellence in Audio and the Seumas McNally Grand Prize.

In addition to Xbox Live Arcade, Super Meat Boy is scheduled for a concurrent release on WiiWare, Steam and Direct2Drive. Hopefully that comes sooner in 2010 rather than later, but in the meantime, you can enjoy this gameplay trailer:

The Minus Touch Brendan Main 38 Comments