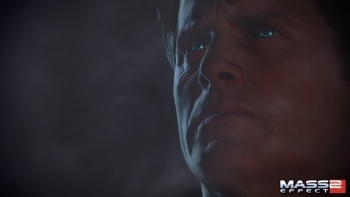 The public consultation about an R18+ videogame rating for Australia is now over, but clearly that doesn't mean that reasoned and rational debate over the topic can't continue in other forums. Such as on Ten News, for instance, which aired a report last night claiming, "The explosion in youth crimes in inextricably linked to violent videogames."

Yes, inextricably: Apparently, while we weren't paying attention - probably playing videogames or something - science went ahead and proved that games do in fact cause violent behavior in children. And it's a very dramatic effect indeed: According to Dr. Wayne Warburton of the Australian Council on Children and the Media, "It's much greater than the effect of smoking on lung cancer." The ACCM, by the way, is the group that rebutted the point that the average age of gamers in Australia is 30 during the recent R18+ consultation by noting on its website, "So what?"

Still, at least Warburton was willing to go on record; in fact, while the report refers to numerous "studies," "experts" and "psychologists," he's the only source who was actually cited. "Experts say the gaming industry has much to account for," the report claims in one such anonymous, near-hysterical and woefully misinformed statement. "In Modern Warfare: Call of Duty 2 (sic), the highest selling media product of all time, gamers plot terror attacks against civilians."

"Psychologists say regular exposure to games like these actually rewires a child's brain, making them more amenable to violence," the report adds. "Such is the level of concern now, the world's leading researchers have been summoned to Sydney for a conference later this month."

Who these psychologists and researchers are, what studies they've conducted or which conference they're being "summoned to," as if Australia's Imperial Mage clapped his hands and sent forth his drakes to call the wizards of the council to his dark tower, is never mentioned. It's an astonishingly concentrated dose of misinformation, sensationalism and hilarity; at least, it would be hilarious if it wasn't also just about guaranteed to make a big impact on at least some of the parents and R18+ naysayers in Australia. The public consultation may be over but the fight for a proper game rating system, I think, is far from finished.