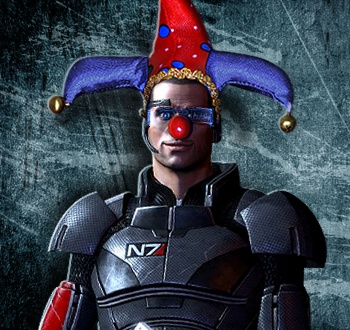 Some people like to play CRPGs over and over to experience the story in different ways, while others prefer to break the game and tell their own damn story.

The concept of an anti-walkthrough is simple. Joseph Paul Morris (JPM) and his brother started out by trying to find the glitch that would kill the unkillable Lord British in Ultima 6. Then with Ultima 8: Pagan, there were so many bugs and glitches to explore that JPM thought it might be funny to write a walkthrough of the game exploiting them. JPM creates a character and crafts his own narrative that is most definitely not the story the game designers had in mind. But it doesn't matter; these are anti-walkthroughs after all. Alan Au spoke to JPM about the creative leap he took in forging new ways to play the games he loved in issue 243 of The Escapist:

JPM has applied anti-walkthroughs to all kinds of games like Morrowind, Deus Ex, System Shock and most of the Ultima games. His work can be found at it-he.org but you can read more about his process in Misadventures in Role-playing.