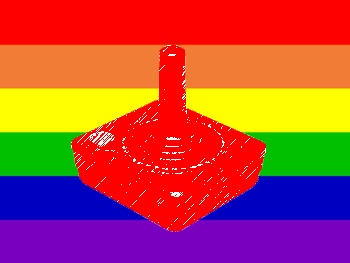 More than a year after the "gay Gamertag" controversy, Microsoft has updated the terms and conditions of Xbox Live to allow user to "freely express their race, nationality, religion and sexual orientation" in their Gamertags and profiles.

Back in February 2009, an Xbox Live user by the name of Teresa found herself suspended from the service because she made mention of her sexual orientation - she's gay - in her user profile. She eventually wrote a letter to The Consumerist describing her ordeal, which led Xbox Live Policy Director Stephen Toulouse to respond, "Expression of any sexual orientation (straight or gay or otherwise) is not allowed in Gamertags. However we've heard from the user base they want that capability, so I am examining how we can provide it in a way that wont get misused. I can't say any more at the moment, except to say I'm working right now in finding a way to safely express relationship preference."

In July, Toulouse represented Microsoft at a conference on homophobia hosted by Electronic Arts and the Gay & Lesbian Alliance Against Defamation, which GLAAD said would look at "such issues as how to provide safe spaces for LGBT people online, how to ensure the best policies are in place to prevent virtual attacks against LGBT people and how to educate the users of online communities about the effects of homophobia." Now, more than a year later, all that examining and discussing appears to have paid off.

"I'd like to announce an update to the Xbox Live Terms of Use and Code of Conduct which will allow our members to more freely express their race, nationality, religion and sexual orientation in Gamertags and profiles," Xbox Live General Manager Marc Whitten wrote in a message posted on Xbox.com. "Under our previous policy, some of these expressions of self-identification were not allowed in Gamertags or profiles to prevent the use of these terms as insults or slurs. However we have since heard feedback from our customers that while the spirit of this approach was genuine, it inadvertently excluded a part of our Xbox Live community."

Whitten said the updated policy would also implement "increased stringency and enforcement" to prevent the misuse of potentially objectionable terms, and there are some restrictions: Orientation descriptors are limited to "lesbian," "gay," "bi," "transgender" and "straight." Naturally, the use of such terms or their less family-friendly variants to hassle other gamers is strictly verboten.

"I truly believe that our diversity is what makes us strong," Whitten wrote. "Diversity in gaming and entertainment options, and diversity in the people that make up this amazing community."