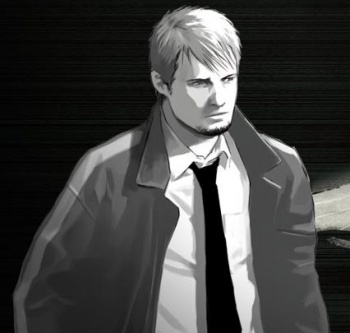 Well, this is a crappy way to start one's week: According to Japanese news site Data Max, small Japanese studio Cing filed for bankruptcy over across the Pacific last week, citing debts of ¥256 million ($2.8 million).

When you think about it, it isn't very surprising: Hotel Dusk et al were very interesting but wholly flawed, and practically the definition of "cult" game. The idea that a developer who specialized wholly in niche titles would have trouble paying off its debts isn't exactly far-fetched. Unsurprising, perhaps, but that doesn't make it suck any less.

Set in the year 1979, Hotel Dusk followed former NYPD detective Kyle Hyde - now a traveling salesman - as he checked into the eponymous hotel and soon found himself at the center of a mystery. The game asked players to talk with the other residents at the hotel, interrogate them to find out how they were potentially connected to what was going on, and try to piece the growing puzzle together - and find out what it had to do with Kyle's former partner, Bradley.

It had a really intriguing plot, some interesting characters, and some of the most creative uses I've ever seen of the DS' two screens and touch functionality (you actually close the DS to give a girl CPR: Tell me that's not cool!). Hotel Dusk certainly had its flaws, but it was just really damn unique.

Best of luck, Cing. Let's hope you can at least get the game's sequel Last Window localized over here, huh?