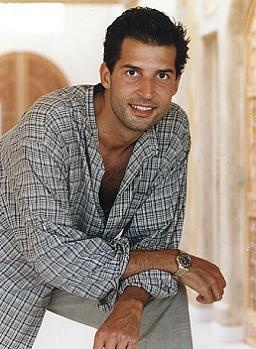 At least one person was happy about the reveal that upcoming cloud-based gaming service OnLive would cost $15 a month plus games: David Perry, creator of competing service Gaikai.

When it was revealed that experimental cloud gaming service OnLive would run you $14.95 a month for access when it releases in June - on top of buying and/or renting the actual games - the reaction from most gamers was lukewarm, to say the least. You pay good money for the games; why should you have to pay a subscription fee to access them? "While OnLive enables users to forgo spending $300 on a console, the $15 per month fee adds up to $180 per year, or $360 over 2 years," wrote Signal Hill analyst Todd Greenwald.

But one person is thrilled about OnLive's price model, and it happens to be the man behind the competition. Speaking with GI.biz, Gaikai's David Perry called the OnLive announcement a "shot in the arm" for his own service. "[Gaikai is] very different to OnLive," said Perry. "We're not trying to replace the consoles."

"[OnLive has] done an amazing job with the user interface [but] the cost per data center to do all of that streaming is very expensive ... You're paying $15 only to have the opportunity to buy the games. $15 gives you no games. If you decide, 'I don't want to keep paying that subscription', you've just lost access to your games bought at full price," he added.

"We were just as surprised as everyone else when we heard the final business model. That's why it's a shot in the arm to us because now we're just perfectly positioned. You can play Call of Duty over there for $15 or you can come here and try it for nothing. When you buy it from us, you own it, for the rest of your life. When you buy it from over there you have to keep paying a subscription to keep access to it."

Perry said that unlike OnLive, Gaikai was intended as something more supplementary to current platforms, rather than a replacement, and "could stream onto anything with a screen, internet connection and form of input" - including existing consoles. He suggested that Gaikai could work well with videogame sites, where someone could read about a game, become intrigued, and try a demo out via the service all on the same web page.

It's hard to not think that the man has a point - if Gaikai can deliver similar functionality to OnLive while not requiring a subscription fee, it's hard to see consumers forking over an extra $15 a month that they don't have to.

There Will Be Brawl: Breaking News MatthewMercer 67 Comments

OnLive at E3: It Works Jordan Deam 47 Comments
Comments on