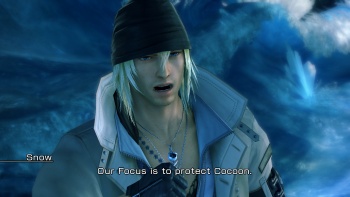 We already knew that Final Fantasy XIII had shipped an impressive five million copies for its Western launch, but ship numbers don't necessarily equate to sales.

It looks like the sales are doing just fine, though - easily topping multiformat charts, Final Fantasy XIII sold a million units in five days here in North America, making it the fastest-selling entrant in the series thus far. It's no Modern Warfare 2, sure, but it's certainly a very respectable showing from the game - which has been getting similarly respectable, if not stellar, reviews.

Have you picked it up yet? Or are you waiting - or not going to buy it at all?