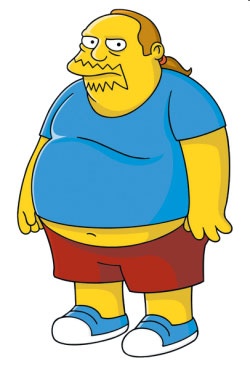 NBC has a reality show in the works that should appeal to the geek in all of us.

NBC will begin filming a pilot tomorrow for a brand new reality show about the life of the geek called Team Comicana. Rather than following seven strangers picked to live in a house to find out what happens when people stop being polite, and start getting real, or following the hilarious antics of people nicknamed "The Situation," Team Comicana will be about fans of Star Wars, Joss Whedon, and Comic Con.

Team Comicana filming will first take place at a signing held at London's Forbidden Planet tomorrow with comic greats Mark Millar and John Romita Jr. promoting the (NSFW) Kick-Ass movie based on the comic of the same name. If you live near the store, you might be able to get on television, though comic fans are likely to be lined up across the block by now. The signing will take place from 2-3 pm London time.

The pilot will follow Neal Bailey, assistant editor for the largest unofficial Superman homepage, Greg Squire, a man that gets choked up while watching the Transformers movie, Steve Holmes, a Star Wars fan without rival, and Luke Barnard, who is changing his middle name to 'Luthor' so his name will sound closer to 'Lex Luthor.' More details on the four are available at Bleeding Cool. The reality show reportedly will build up to the subjects' trip to the San Diego Comic Con, and may feature others from around the world as well.

With geek culture now pervading a more mainstream landscape, evident by popular shows such as Big Bang Theory, it wouldn't be crazy to think that Team Comicana is only the beginning. It will be interesting to see if the show can be something that will appeal to a wide audience, or even if it'll be worth watching at all.