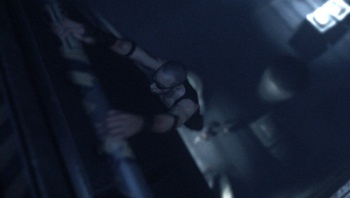 Chronicles of Riddick developer Starbreeze Studios has pulled the plug on a project it was working on for Electronic Arts, leading to speculation that the long-rumored Syndicate remake may have met an untimely end. (Update: It hasn't.)

Starbreeze had two projects for EA in "pre-production," according to the announcement posted on the studio's website, but one of them was canceled yesterday. "We will continue to focus only on a big production together with EA," Starbreeze CEO Johan Kristiansson said in a Google translated statement. "Our relationship with EA is stronger than ever, and the aim now is to spend more resources on the game that demonstrated the greatest potential. This game is already in full production."

Unfortunately, Kristiansson didn't specify which game he was talking about and while the demise of early-stage projects is nothing terribly unusual, this one is a bit more newsworthy because one of Starbreeze's ongoing EA collaborations is, or at least was, Project RedLime, strongly rumored to be a new game based on the Bullfrog classic Syndicate. The Syndicate franchise has been dormant for almost 15 years and the possibility of a rebirth has old-time gamers wide-eyed in anticipation.

According to a GamesIndustry report from a year ago, Project RedLime has actually been in the works since August 2007, so one would assume that it has to be out of "pre-production" by now; on the other hand, the same report implied that RedLime was of secondary importance to the Bourne game also being created in partnership with EA. We've dropped a line to the studio for clarification, but in the meantime, let's hear from you. Which would you rather see get the axe: Syndicate or Bourne?

UPDATE: The Los Angeles Times has reported that the canceled project is in fact the Bourne game. EA has apparently shut down the game and while a source says the ten-year deal between EA and the estate of Bourne author Robert Ludlum remains in effect, EA has confirmed that there are now no Ludlum-based projects in development.