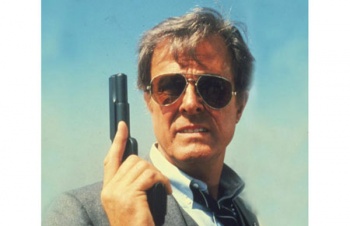 Actor Robert Culp, who may be most recognizable to gamers as the voice of Half-Life's Dr. Breen, passed away earlier today at the age of 79.

According to authorities, Robert Culp had been in the middle of taking a walk near his home in Los Angeles, California earlier today, when he fell and hit his head. The septuagenarian actor was discovered by a passing jogger, and rushed to a nearby hospital, where he was pronounced dead shortly afterward.

A veteran actor, Culp had quite a few recognizable roles to his name, from playing tennis star-cum-secret-agent Kelly Robinson opposite Bill Cosby in the 1960s TV series I Spy, to FBI Agent Bill Maxwell in the 1981-1983 series The Greatest American Hero, to the antique-collecting father of the bride in modern sitcom Everybody Loves Raymond.

But gamers will know Culp best as the voice of Half-Life 2 antagonist Dr. Wallace Breen, the scientist who was the liaison to the Combine and the administrator of the occupied Earth. Breen was presumably killed in the destruction of his Citadel at the end of Half-Life 2: Episode One, but he was still a memorable villain to anyone who played the celebrated shooter.

RIP, Dr. Breen. You will be missed.