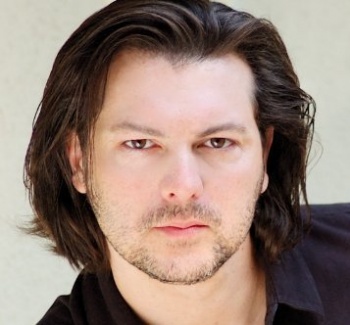 David Hayter, the voice of Solid Snake in the Metal Gear Solid games, is set to make his directorial debut later this year.

Gamers likely know David Hayter from his performances in the Metal Gear games as the gruff voiced Solid Snake, but they might not be aware that Hayter also has worked in movies for years. His credits include the first two X-Men movies and Watchmen, and now he's getting behind the camera with a new movie called Wolves.

Hayter has been trying to make his directorial debut for years, but with projects getting cancelled or handed off to other directors, it's only now that he's getting his chance.

Described by Hayter as "Twilight with a bit more bite to it, and without abstinence," Wolves has a budget of around $18 million, will apparently deconstruct much of the mythology that comes with werewolves, and is set to start filming in July. This will be the second attempt to make Wolves, as the original deal fell through during the credit crunch.