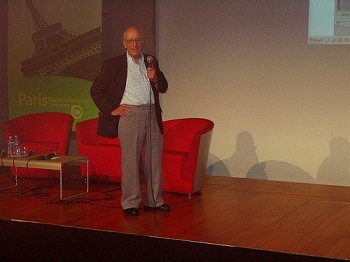 Ralph Baer, the man known as the "father of videogames" has been inducted into the National Inventors Hall of Fame.

In 1966, Baer began work on the prototype of the first-ever home videogame console, which would later be released as the Odyssey by Magnavox in 1972, making history and sparking the creation of the gaming industry. Yesterday, he was honored with an induction into the National Inventors Hall of Fame during a ceremony held at the US Department of Commerce in Washington DC.

"People thought I was wasting my time and the company's money for that matter," Baer said. "There's no way anybody could have predicted how fast this industry would take off."

In addition to inventing the original gaming console, Baer also had a hand in a number of other inventions one of the most notable being the light gun peripheral. Baer's contributions to the gaming world are undeniable, and it is great for him to have attained such recognition. The National Inventors Hall of Fame states inductees must have "a major impact on society, the public welfare, and the progress of science and the useful arts," and I'd say he's definitely accomplished that.