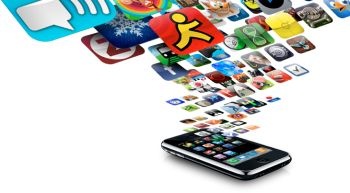 With the rise of the iPhone/iPod Touch apps, the popularity of the Wii and DS, and the huge boom of Facebook gaming, gaming is more ubiquitous than ever. But where does this leave core gamers?

At the last panel of the Triangle Game Conference 2010, Escapist publisher and Triangle Game Initiative president Alex Macris spoke with three panelists - Freelance game journalist John Gaudiosi, Atomic Games' creative director Juan Benito, and Adam Blumenthal, founder of Curious Sense ( the ones who made that REO Speedwagon game) - about the increased prominence of gaming in the world around us. Macris posed the question: "How many of us have games on our phone? How many of us have parents who are playing Facebook games like Farmville? Why are games everywhere?"

Part of it was that more people simply had a gamer's brain, said Blumenthal. More people had grown up in the age of Atari - in the age of the videogame - and those people were increasingly running the scene. Gaudiosi attributed part of it to the explosive non-gamer adoption of Nintendo's Wii and DS, and Benito agreed - but also added Apple to the list with its iPod Touch and iPhone.

But beyond gaming on portable devices and the Wii, the major buzz as of late has been about Facebook and games like Farmville. With Zynga VP Bill Mooney set to deliver the keynote at GDC Canada this May, both GDC San Francisco and DICE had undercurrents focusing on the success of Zynga - much like previous conferences had focused on the overwhelming success of the Wii. Was Facebook the future of gaming, asked Macris, or was it just a passing fad?

The future of gaming "may not be Facebook," said Blumenthal, "but it will be social ... Facebook is a medium. The content is shared by thousands of people - that's a trend that's not going away. There are more and new kinds of gamers." Benito largely agreed that, if not Facebook itself, Facebook-like platforms and structures were here to stay. It probably wouldn't be FarmVille, but social games would still be very prominent. "There are games that are 'pet rocks,' complete fads... but as gamers get more savvy, it's going to be increasingly challenging to capitalize on those fads."

While all of the panelists agreed that PlayStation Move and Microsoft's Project Natal were promising in terms of shaping how people interacted with technology - "Computers move to the easiest way to interact," and there's nothing easier than saying or doing something - they were more divided as to if they would also be a part of the future of gaming.

Blumenthal was enthusiastic, arguing that younger consumers were more comfortable with the idea of immersion and using one's entire body to play games, but Benito believed it was a "pet rock" and that people would get bodily fatigued after constant use. It might work great for party games and general at-home interaction with menus, he said, but FPS fans wouldn't buy it. "How long do you spend playing a game on the Wii at any one time?" concurred Gaudiosi.

Gaudiosi went on to drop a bombshell about what he didn't think was the future of games: "One thing we keep bringing up is the core gaming audience - I don't think they're the future of games. Core gamers are the ones who buy 30-plus games a year ... the real future of gaming is well beyond that small audience."

"We reached market saturation extremely quickly over a few generations," agreed Benito. "Now we're seeing an explosion, reaching out beyond that market to see growth. I think the core gaming size will still increase, it'll just be at a slower rate than the whole."

In a way, it's kind of true already, though the games that most people are playing aren't what many non-gamers think of as games. Somebody adding their mother-in-law on Facebook to help them at Mafia Wars is doing something they wouldn't ordinarily do to increase their score - as is going out clubbing more than usual to increase your rank on programs like FourSquare, said Macris.

How is that so different from somebody doing an achievement in a game to increase his or her Xbox Live Gamerscore?