How does Ridley Scott's biblical epic hold up? 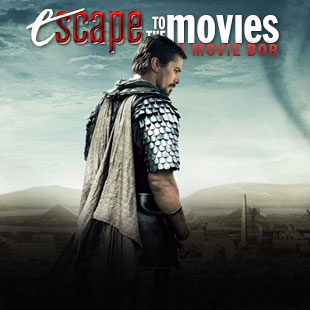 Let's get this out of the way: YES, it's ridiculous that in 2014 we're still casting a movie set in ancient Egypt almost-entirely with white people. Yes, even though most modern extrapolations suggest that Egypt was a multiracial society. Yes, even though we don't actually know what period of Egyptian history the events of the Book of Exodus are supposed to have taken place in and thus don't fully know what the ethnic appearance of ancient Hebrews actually was. And it's not like they "just" used white people, either -- it's like they put out a casting call for the whitest actors they could possibly get.

Seriously! Christian Bale is Moses?? Christian Bale looks about as Jewish as Jet Li! And they still went and did the old cliché where the good white people all look basically ordinary but the "evil" white people are all tanned and bronzed and have subtle "exotic" makeups going on. Now, do I think this rises to the level of the movie being "hateful" or "racist?" Eh... I don't know about that, but it makes it pretty stupid.

The irony of all the attention paid to the ugly and (with all due respect to Ridley Scott) incredibly tone deaf racial politics of the film's casting is that it now feels like an unnecessary pre-emptive strike: An assumption that an adaptation of the Book of Exodus from the legendary filmmaker behind Gladiator, Legend, Blade Runner, Black Hawk Down, Kingdom of Heaven, The Duelists, American Gangster -- you get the idea -- was so certain to be otherwise so good that there was a danger of a prime opportunity to have an important discussion about whitewashing in historical films being lost in the chatter.

I feel like people got dug in, ready for a bitter fight of "Exodus is incredibly problematic!!!" versus "But Exodus was so good!!!" But, ultimately, there didn't really need to be any planting of feet and steeling of nerves: Even setting the whitewashing aside, Exodus is... just kind of terrible, actually.

When all is said and done, the film is just bad -- a colossal misfire comprised almost entirely of creative decisions so bafflingly terrible that the only thing that keeps the film itself from being a camp-classic waiting to happen is how portentous, self-serious and boring it is. It's a rare film that fails as spirituality, fails as history and fails even as base-level blockbuster filmmaking.

As mentioned before, the film features Judaism Bale as Moses and Joel Edgerton as The Pharaoh, which means we're once again working from the same historical conjecture about when all of this is supposed to take place as Ten Commandments and Prince of Egypt: Two Egyptian royals, raised as brothers, one becomes Pharoah, the other turns out to be the prophesied deliverer of the kingdom's population of Hebrew slaves, etc etc. And if you've heard that version often enough to be bored, well, the movie seems to agree with you. 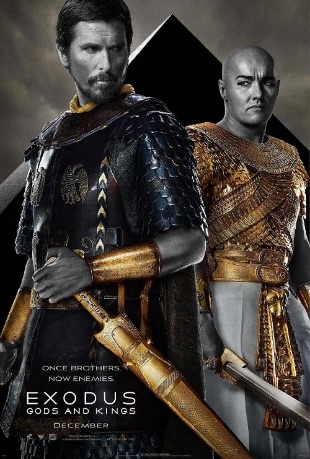 Exodus is nearly 2 and 1/2 hours long but contains next to nothing in the way of character development, meaningful dialogue, interesting new perspectives or even well-written "down time" scenes. It's laser focused on big, sweeping shots of slaves constructing monuments most of which appear to date from centuries before OR after this is supposedly set, FX-fueled recreations of the ten plagues and endless scenes of either large groups of people moving from place to place or Bale hoofing it back and forth across the desert on horseback again and again and again.

It's become a frequent criticism of the once untouchable Ridley Scott over the last decade that his films have all but abandoned any pretense toward narrative engagement -- that he picks projects based on what kind of visual sequences or specific scenes he'll be able to film and just dumps white noise where the connective tissue should be. Exodus feels even more like that than most: The dialogue scenes play out so flatly and with so little engagement that the characters might as well just be reading exposition and describing whatever emotion they're supposed to be conveying; and it's all so clearly just marking time in between the moments where the film gets to proudly present The Ridley Scott Version of the burning bush, The Ridley Scott Version of the ten plagues, The Ridley Scott Version of parting the Red Sea, etc, etc.

Sadly, A LOT of these sequences, however technically impressive, don't do anything all that inventive with the Big Moments, and the creative twists the film does come up with are almost hilariously dopey: Instead of turning The Nile into blood, God sends a bunch of giant crocodiles into a feeding frenzy that makes the water kind of bloody. Moses and Ramses end up jousting on chariots in the middle of the Red Sea. God appears to Moses in the form of a random little kid who basically bullies him into getting stuff done.

Oh, and my favorite: Moses doesn't have a staff in this version. Seriously, no staff! Instead he's got a sword. And not just any sword -- he's got one half of a matched pair of specially-made swords... and yes, Ramses has the other one, like in a f**king Filmmation cartoon. And yet, somehow, it's still too boring to engage with, even on that level.

Bottom Line: Boring and dreary except when it's being flat-out stupid, Exodus is easily one of the year's biggest disappointments.

Recommendation: Should most definitely be Passed Over.

<< Prev: Trailer Park - Star Wars, Jurassic World & TerminatorNext: The Hobbit: The Battle of the Five Armies - There and Back Again >>
Stay tuned on Fridays for new episodes of Escape to the Movies.
Related to:
bob chipmanbiblechristian baleescape to the moviesexodusexodus gods and kingsmovies and tvreviewridley scott
0
Tweet